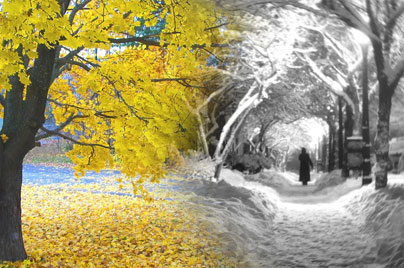 Services we offer are:

LET US COME OUT IN THE COLD TO CLEAN UP YOUR SNOW.

For the entire winter, earth stone and water's Snow Removal & Sanding Service is here for you. We bring the same attention to detail and care for our clients to snow removal as we do to building and landscaping. We strive to be second to none in the New England Metro Area and work hard to ensure that all our clients are happy with a beautiful property, whatever the season.
‍

The first snows of the season have brought Massachusetts residents a new headache to go along with the usual back-straining chores of shoveling the white stuff, chipping ice off the walkway, and laying down a blanket of rock salt. Thanks to a Supreme Judicial Court decision this year, property owners now can be held liable for injuries that are linked to any snow and ice on their land, regardless of whether the conditions were caused by nature or a city plow. Besides potentially more work for shovelers, the July ruling could lead to more lawsuits, according to David White, a Boston attorney and former president of the Massachusetts Bar Association. “I think there will be more claims because there are more injuries that are compensable,’’ White said. “But by the same token, because homeowners and commercial property owners are more aware of the risk of not taking any action, they’re taking better care.’’

The new laws could be tested tomorrow as a possible storm heads for New England. Yesterday, meteorologists were still unsure of where the storm would hit and its severity. However, it is fairly certain that the southeast ern part of the state has the best chance of experiencing precipitation, said Eleanor Vallier-Talbot, a meteorologist for the National Weather Service in Taunton. Depending on how strong the winds are, northeast-facing beaches all along Cape Cod run the risk of experiencing some flooding to coincide with high tide early Monday morning.

On top of their added responsibilities, property owners in several Massachusetts communities, including Boston, Lynn, and Worcester, are required by local ordinances to clear municipal sidewalks in front of their residences or businesses. City Hall, however, still bears the ultimate responsibility for injuries that occur on those sidewalks, White said. For that reason, communities that compel residents to shovel the sidewalks have financial and legal incentives to enforce their ordinances. To promote safety, Boston inspectors will be on alert for unshoveled sidewalks this winter, said Lisa Timberlake, spokeswoman for the Inspectional Services Department. Residents have six hours after a snowfall to clear walkways; businesses have three hours. Violations at buildings with fewer than six units are $50. In Boston, snow removal is required for the full width of the sidewalk or a minimum of 42 inches. In addition, shoveling or plowing snow onto city streets from private property is prohibited. “In some cases, residents will be warned first,’’ Timberlake said. “Everybody’s situation is different. If we happen to be walking down a street and somebody says, ‘Hey, this house over here hasn’t shoveled,’ we have to look.’’

Hard to think about snow and ice in July, but I had to blog about an important ruling onMassachusetts snow removal law. In a much anticipated ruling issued this week, the Massachusetts Supreme Judicial Court overruled 125 years of legal precedent and announced a new rule of law that all Massachusetts property owners are legally responsible for the removal of snow and ice from their property. The case is Papadopoulos v. Target Corp. and can be read here.

Reckoning back to the days of the hardy New Englander, the old common law — known as the Massachusetts Rule — was that owners could simply leave naturally accumulated snow and ice untreated and escape liability. Noting that all other supreme courts of New England have now rejected the relic law, the SJC held that all Massachusetts property owners must remove or treat snow and ice like any other dangerous condition on property. Justice Ralph Gants rejected the old rule as it "is not reasonable for a property owner to leave snow or ice on a walkway where it is reasonable to expect that a hardy New England visitor would choose to risk crossing the snow or ice, rather than turn back or attempt an equally or more perilous walk around it."

What this change in Massachusetts snow removal law means for all property owners, both residential and commercial, is that they need to be extra vigilant after snow and ice storms, and clear areas in which the public and visitors have access–early and often. Whether a property owner takes reasonable steps in removing snow and ice will be determined by juries on a case by case basis. While this ruling is good for public safety, it has the potential to result in more slip and fall cases filed, and possibly additional insurance costs.

In most urban areas, sidewalks are legally owned by the cities. However, the major cities, including Boston, Lynn, and Worcester, require by local ordinances that owners clear municipal sidewalks in front of their residences or businesses. In Boston, snow removal is required for the full width of the sidewalk or a minimum of 42 inches. In addition, shoveling or plowing snow onto city streets from private property is prohibited.

The cities that own their sidewalks, however, still bear the ultimate responsibility for injuries that occur on those public sidewalks. However, there is usually a cap on damages. Boston has a limit of $5,000 per accident, I believe.

For residential towns without municipal-owned sidewalks, sidewalks remain the property of the abutting owner, and must be cleared by those owners.

“To promote safety, Boston inspectors will be on alert for unshoveled sidewalks this winter, said Lisa Timberlake, spokeswoman for the Inspectional Services Department. Residents have six hours after a snowfall to clear walkways; businesses have three hours. Violations at buildings with fewer than six units are $50.”

Click below and we will contact you to schedule a time to meet, view your property and talk about ideas and possibilities.

Providing creative landscape services for the finest homes and commercial properties in North Reading and across New England.

THE SCOPE OF OUR WORK INCLUDES BUT IS NOT LIMITED TO THE FOLLOWING AREAS: