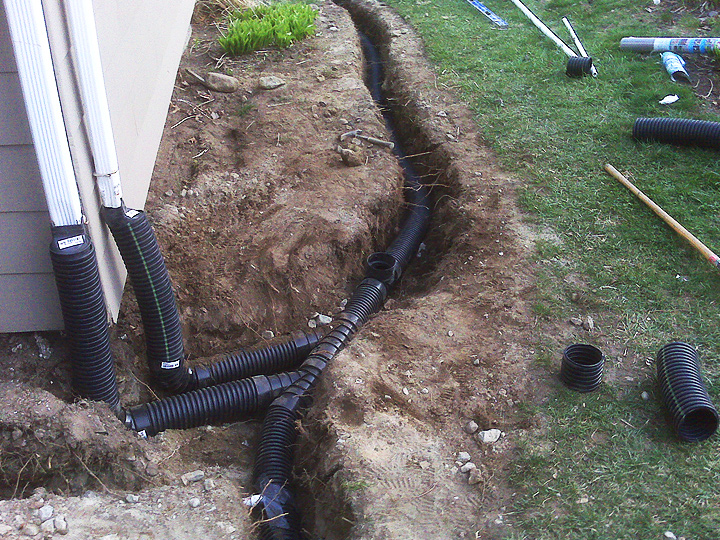 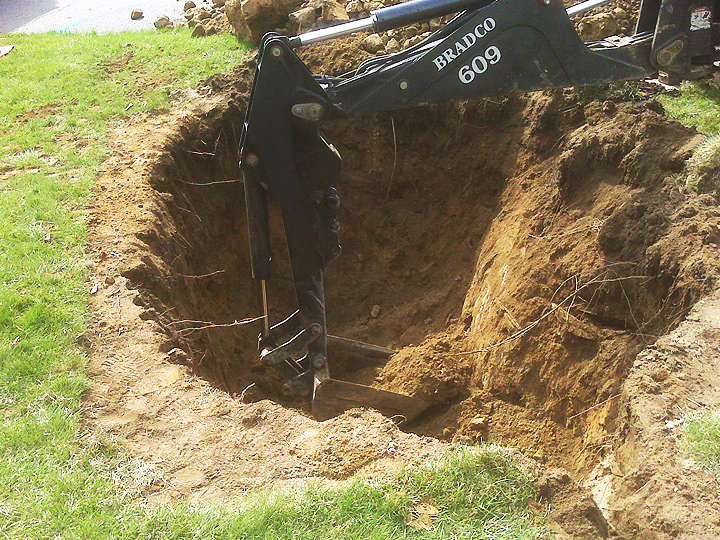 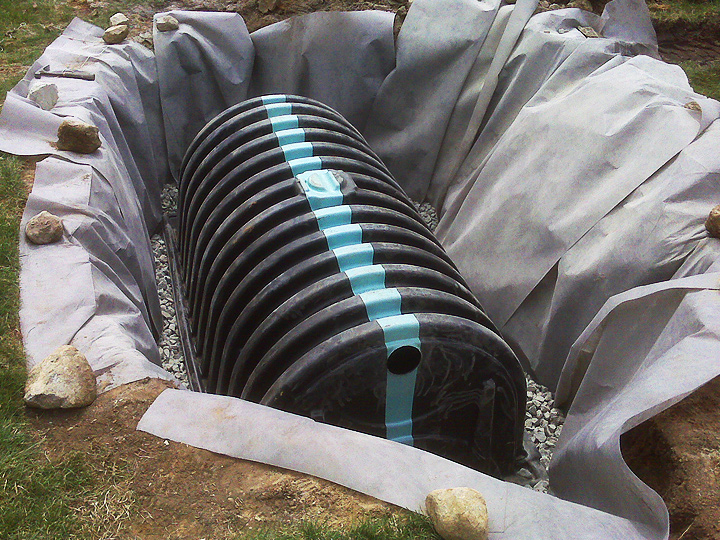 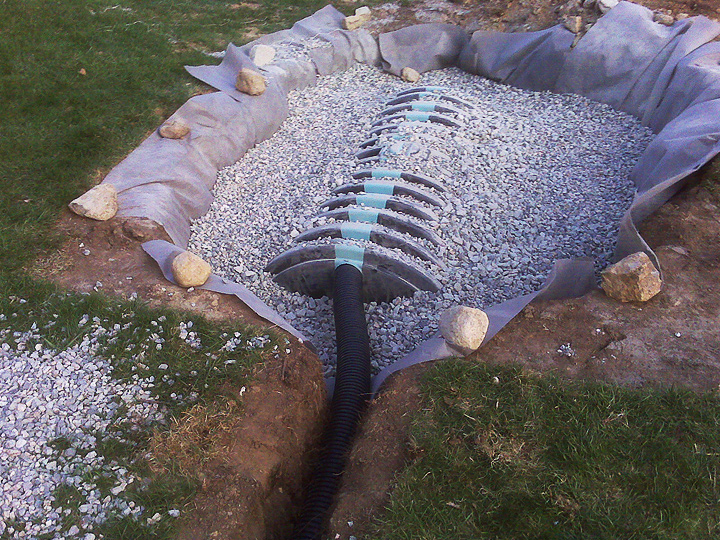 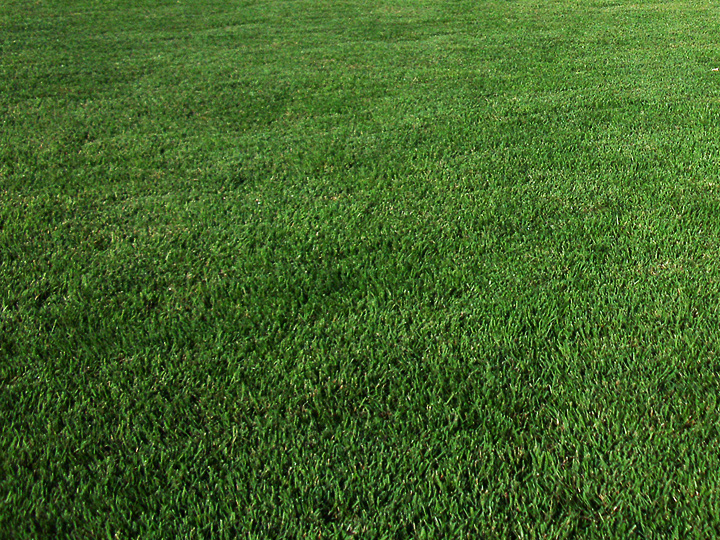 Do I Need a Dry Well?

Dry wells are installed for various reasons; the most prominent are:

A drywell is used to quickly transfer excess surface water deeper into the subsoil. It can be as simple a hole dug with a post hole digger and filled with gravel and sand, or as complex as a pre-cast concrete sleeve lowered into a large hole and fed by drainage pipes. earth stone and water's typical installations consist of a drainage system of french drains and/or underground pipes to direct roof top storm water runoff into a Cultec Dry Well Chamber.

The CULTEC Contactor® and Recharger® chambers replace conventional stormwater retention / detention systems such as ponds, swales, pipe and stone trenches or beds, or concrete structures. The chambers may be used for drywells. They may be installed in trench or bed configurations according to site restrictions or client preference. Contact area is maximized by the fully open bottoms and perforated sidewalls. The chambers are typically installed subsurface beneath parking areas to capitalize on use of space, however, they may also be placed in grassy areas.

CULTEC offers the largest variety of chamber sizes (9 vs. 1 or 2) and therefore is able to accommodate almost any site parameter whether it is big or small. Sizes range from 8.5” to 34” tall. Chamber storage capacities range from 0.819 ft3/ft to 8.933 ft³/ft. The most popular models are the Contactor 100HD, Recharger 150HD, Recharger 280HD, Recharger 330XLHD and Recharger V8HD. CULTEC chambers meet H-25 wheel load criteria.

The Clean Water Act mandates that a certain percentage of stormwater run-off be contained and treated on-site. This means that developers and homeowners need to capture and contain a degree of stormwater run-off that is shed by their impervious structures such as buildings and parking areas. Infiltration has been proven to be the leader in the removal of phosphorous, nitrogen, lead, zinc, suspended solids and organic carbon when compared to wetlands, water quality ponds, filtering systems and water quality swales.

Water enters from a collective device, typically from a catch basin inlet structure; it then passes through our CULTEC Stormfilter® Stormwater Filter Chamber to remove silt, fines and debris. The stormwater is then conveyed from the CULTEC Stormfilter® by our CULTEC HVLV™ Header System and directed into the CULTEC Recharger® Chambers for storage until it can infiltrate back into the ground.

Dome-shaped, fully open bottom corrugated chambers with perforated sidewalls. The chambers allow stormwater to be stored within the dome void until it can infiltrate into the ground. They are able to be used for residential or commercial use. They free up land areas that would be required for open retention/detention ponds and puts the system underground (such as under parking areas). Water is infiltrated into the ground and replenishes the surrounding soil and aquifer on-site rather than storing it above ground (health liability issues such as West Niles breeding grounds for mosquitoes, or drowning) or redirecting it to a watercourse and potentially overloading or polluting our natural surroundings and resources. The lightweight plastic chambers replace conventional pipe and stone systems, concrete structures or above ground drainage areas such as ponds or swales.

A French drain, blind drain, rubble drain, rock drain, drain tile, perimeter drain or land drain is a trench covered with gravel or rock that redirects surface and groundwater away from an area. A French drain can have perforated hollow pipes along the bottom (see images) to quickly vent water that seeps down through the upper gravel or rock. French drains are common drainage systems, primarily used to prevent ground and surface water from penetrating or damaging building foundations. Alternatively, the French drain technique may be used to distribute water, such as a septic drain field at the outlet of a typical septic tank sewage treatment system. French drains are also used behind retaining walls to relieve ground water pressure.

A dry well is an underground structure that disposes of unwanted water, most commonly stormwater runoff, by dissipating it into the ground, where it merges with the local groundwater. Often called a soakaway in the UK.

A dry well is a passive structure. Water flows through it under the influence of gravity. A dry well receives water from one or more entry pipes or channels at its top. A dry well discharges the same water through a number of small exit openings distributed over a larger surface area, the side(s) and bottom of the dry well. When a dry well is above the water table, most of its internal volume will contain air. Such a dry well can accept an initial inrush of water very quickly, until the air is displaced. After that, the dry well can only accept water as fast as it can dissipate water. Some dry wells deliberately incorporate a large storage capacity, so that they can accept a large amount of water very quickly and then dissipate it gradually over time, a method that is compatible with the intermittent nature of rainfall. A dry well maintains the connection between its inflow and outflow openings by resisting collapse and resisting clogging.

Simple dry wells consist of a pit filled with gravel, riprap, rubble, or other debris. Such pits resist collapse, but do not have much storage capacity because their interior volume is mostly filled by stone. A more advanced dry well defines a large interior storage volume by a reinforced concrete cylinder with perforated sides and bottom. These dry wells are usually buried completely, so that they do not take up any land area. The dry wells for a parking lot's storm drains are usually buried below the same parking lot.

Click below and we will contact you to schedule a time to meet, view your property and talk about ideas and possibilities.

Providing creative landscape services for the finest homes and commercial properties in North Reading and across New England.

THE SCOPE OF OUR WORK INCLUDES BUT IS NOT LIMITED TO THE FOLLOWING AREAS: